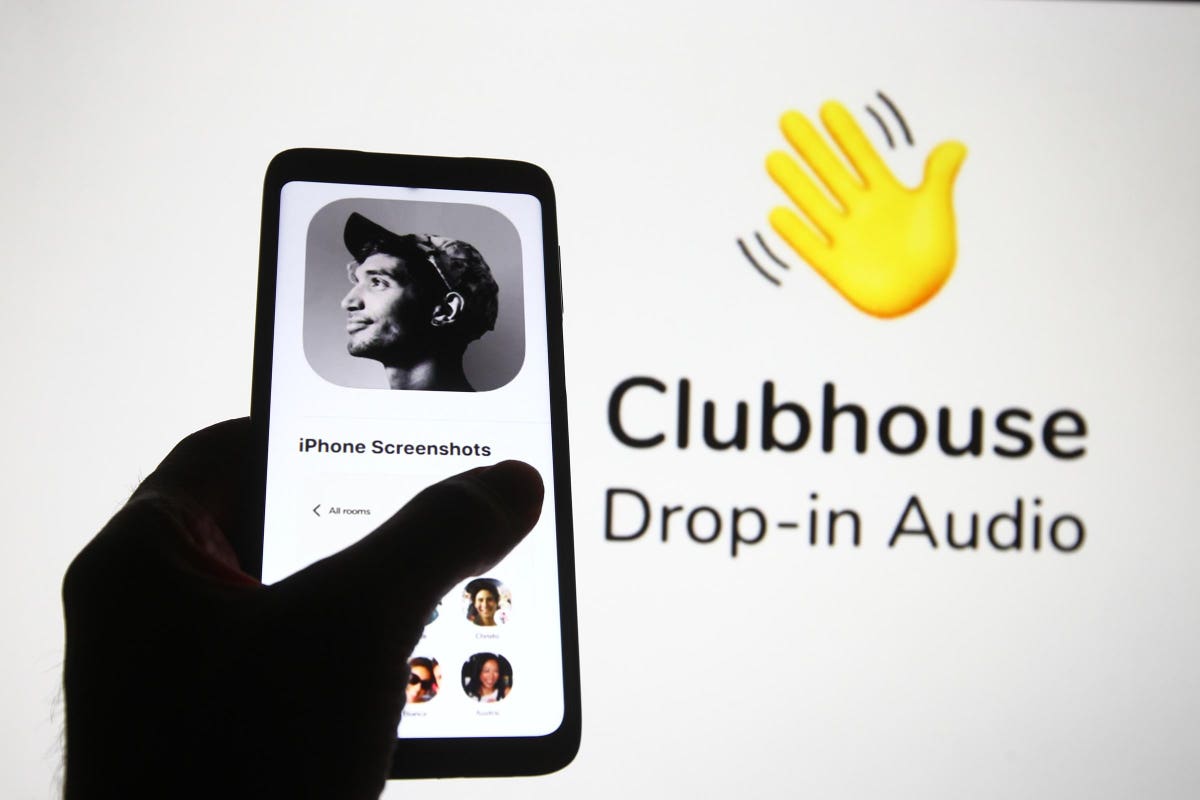 Have you heard about Clubhouse?

It’s the newest, hottest social media site out there. And everyone is talking about it this month.

But since PCMag beat them to it by two weeks, running a full-length story about it on February 2… let’s run with its description.

“This invite-only, audio-based iPhone app is like listening in on someone else’s phone call legally,” long-time tech writer Eric Griffith begins. “Here’s what you need to know about Clubhouse, including how Elon Musk figures into its recent surge.”

He continues with this:

“Here’s the gist: Imagine you have an app on your phone that lets you listen in on other people’s live conversations. But not in a creepy way. These people want to be heard. They may even be famous, or at least interesting or knowledgeable (no guarantee, however). And you may be given the opportunity join the chat.

“Think of it as an audio-chat social network. Or as PCMag’s Jordan Minor says in our review, ‘What if Twitter was a podcast you lived inside of?’”

Intrigued? If you’re not, you should reconsider, especially if you’re into business networking or amping up your profitability potential.

I joined only a few weeks ago, and boy, but am I impressed so far! It’s paid off in droves already, connecting me with some exceptional entrepreneurs. Like Beth Azor.

Let me tell you a bit about her. Who knows, you might even find yourself looking her up on LinkedIn before you finish this article…

Welcome to Clubhouse. Step This Way for Space Tank…

What can I say about Beth Azor? A lot, but let’s start out with how she owns six shopping centers in South Florida.

And before you feel bad for her being in that line of work in this day and age, don’t. This woman not only means business; she knows how to do business with the best of them regardless.

In fact, her other line of work – teaching shopping centers how to fill vacancies – is doing better than ever.

While she’ll work with big-name brands and big-name retail real estate owners, she’s the first to admit that she’s “a big mom-and-pop promotor.” Understanding the value of and for the little guy, it makes sense how she got into the only-so-well-known Clubhouse app late last year.

Beth just isn’t afraid to take a chance when the odds look in her favor.

Once she was on, she found herself in “room” after “room,” having conversations and making connections… until the day in 2021 she found herself in a Shark Tank group. By that, we’re talking about something actually affiliated with the show considering how two sharks were hosting it:

They were allowing people to pitch to them, asking hard-hitting questions just as they would on the show. It was a fascinating platform for them to be on, it worked really well, and it gave Beth an idea.

What if she created her own room for retailers to pitch themselves to commercial real estate landlords?

What a concept, right?

That’s the question Beth has heard multiple times now as she promotes this Space Tank idea of hers.

But there really isn’t one. If chosen, businesses have to pay their own insurance and utilities, and take the space as-is. That’s it.

Truly. If those makeshift tenants don’t think the opportunity worth their while at the end of the 90 days, they can simply say, “See ya!”

Of course, the retail landlords’ goal is for them to stay and sign a traditional contract. That’s why they’re offering the opportunity in the first place.

Yet there’s no pressure, legal or otherwise, involved. Which is why so many small and medium-sized businesses are hungry to try it out.

As for the commercial real estate side, this concept has the potential to make an enormous impact on struggling shopping centers and even malls.

Beth has already hosted two successful Clubhouse events now with smashing success. At the first, one person got offers from six different landlords to use their space. Meanwhile, the second – which just happened on February 18 – featured up to 74 landlords.

And you’d better believe she’s already thinking about Round No. 3.

Only Profit Potential in Sight

Before you ask, nope. The landlords who took Beth up on this offer weren’t all Florida-based or looking to fill Florida-specific space.

Everyone knows Florida is open for business and has been for a while now. That might make some health officials concerned, but it makes companies and their employees very, very happy overall.

So you might expect a concept like Space Tank to do at least decently well down there.

To be sure, it is. But Beth assured me that this is a nationwide event, with people participating across the map.

Moreover, while I can’t guarantee this was true about the second call… there wasn’t a single mention of Covid-19 or the pandemic during the first event. It was business as usual – only in an absolutely innovative way.

Want to get in on the next round of innovation? It’s scheduled for March 4 at 7:30 EST, and you can connect with Beth on LinkedIn to get the details.

But you might want to get preparing now, and not just for your perfect pitch. There’s a few other things you need to know about Clubhouse…

Like how, in addition to it being an iPhone-only app for now, you also need an invite. It is a club after all.

Plus, if you do know someone who can send you an invite, you should also have an Instagram or Twitter account. Because you don’t get to automatically speak in someone else’s room. And there’s no instant messaging included.

In my opinion and experience so far, that little bit of hassle is well worth it though. I’m a big believer already.

There are plenty of real estate opportunities to be opened up on Clubhouse, as I’m finding out every other day. And, like Beth Azor, I most definitely intend to walk through the right ones wherever I can.

I own shares in SPG and SKT.