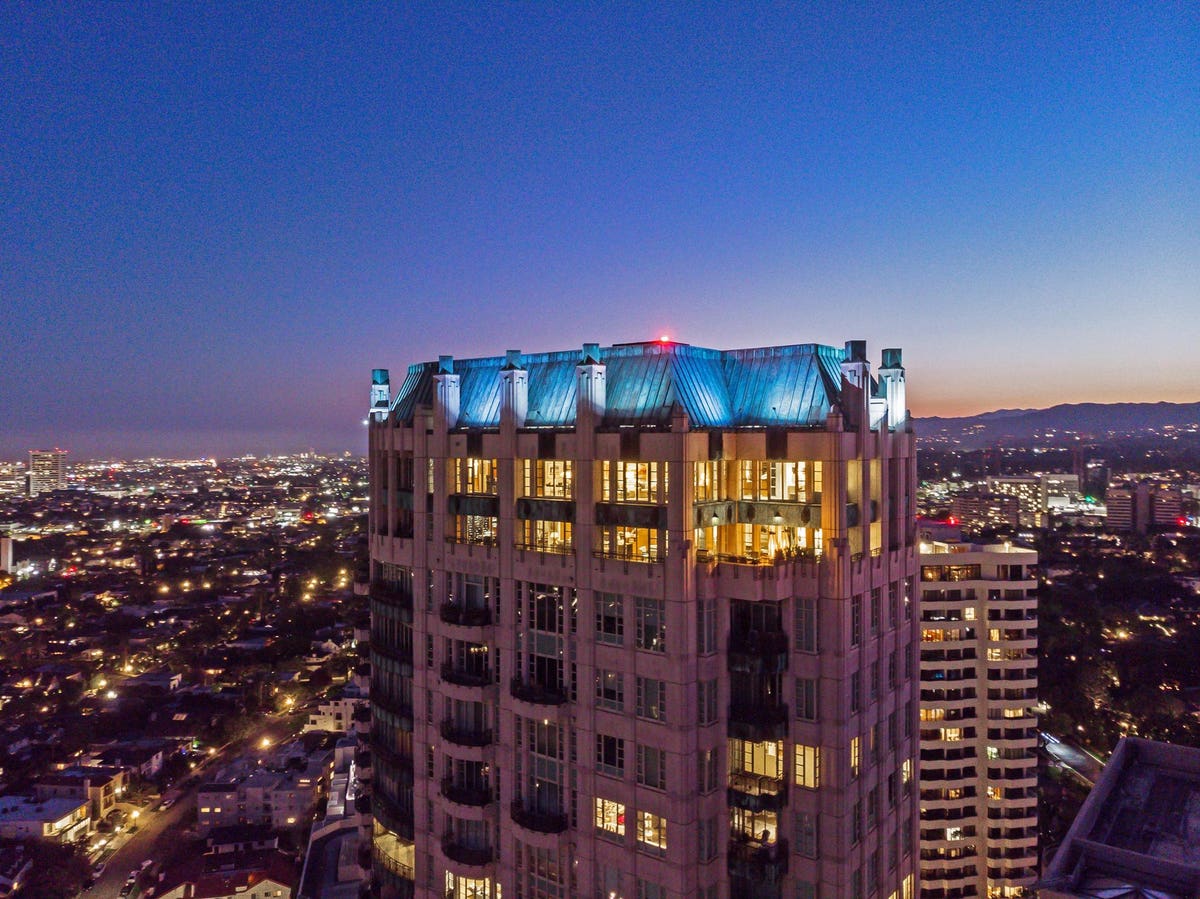 On the heels of Matthew Perry’s sale at the Century Tower, the Presidential Penthouse at The Wilshire, one of the most exclusive developments along the Wilshire Corridor, has traded hands for $10.3 million. The $2,240 a square foot paid by the buyer is the the second-highest amount paid for a condominium this year, records show.

Reached by private elevator, the two-story, fully-automated penthouse has high ceilings, modern finishes and walls of windows that capture some of the Westside’s best views. Features include a two-story art gallery, wine wall, office, gym and ample outdoor living space. A total of three bedrooms and five bedrooms are within about 4,600 square feet of space.

Co-listing agent Zach Goldsmith of Beverly Hills-based Hilton & Hyland says that before the pandemic, L.A.’s “crown jewel” condominiums such as the Presidential Penthouse often take several years for a market to develop, mainly due to a small buyer pool. But that all changed during the height of COVID-19.

“The challenge to sell the Presidential Penthouse was significant, considering that many people were shying away from high-rise living during the height of COVID in favor of single-family homes with more space. As the real estate market picked up, we started to see the same activity in the condo market that we did in the housing market,” Goldsmith says.

Because of uncertainty in the condo market, Goldsmith and his fellow co-listing enlisted the help of a staging team to freshen up the penthouse and broaden its appeal.

The result was a highly curated residence with an emphasis on outdoor living, and a quick sale to an eager buyer just before the property’s market relaunch. “Strategy and timing played a crucial role in what was a record sale for the luxury high-rise market in Los Angeles,” he adds.

Goldsmith would know. The luxury real estate specialist has had a hand in some of Los Angeles’ biggest real estate deals in recent memory, including the sale of Jodie Foster’s Beverly Hills Post Office-area home and a home later purchased by Bruno Mars. He currently shares the listing for the $95-million Enchanted Hill, a 120-acre hilltop once owned by Oscar-winning screenwriter Francis Marion and cowboy actor Fred Thomson.

Designed by architect Richard Magee and built in 1991, The Wilshire development has nearly 100 units across 27 stories. The limestone- and copper-finished high-rise building features include concierge services, a fitness center, valet parking and a pool with a spa. Spectacular mountain and cityscape views abound.

‘Housing boom that we’re seeing right now has legs for years’: Strategist
Home prices broke records in May, according to S&P Case-Shiller
Rent controls are becoming a highly divisive issue in Europe
The End Of The Housing Boom Will Be When Mortgage Rates Rise In 2022
Selling Houses For $1