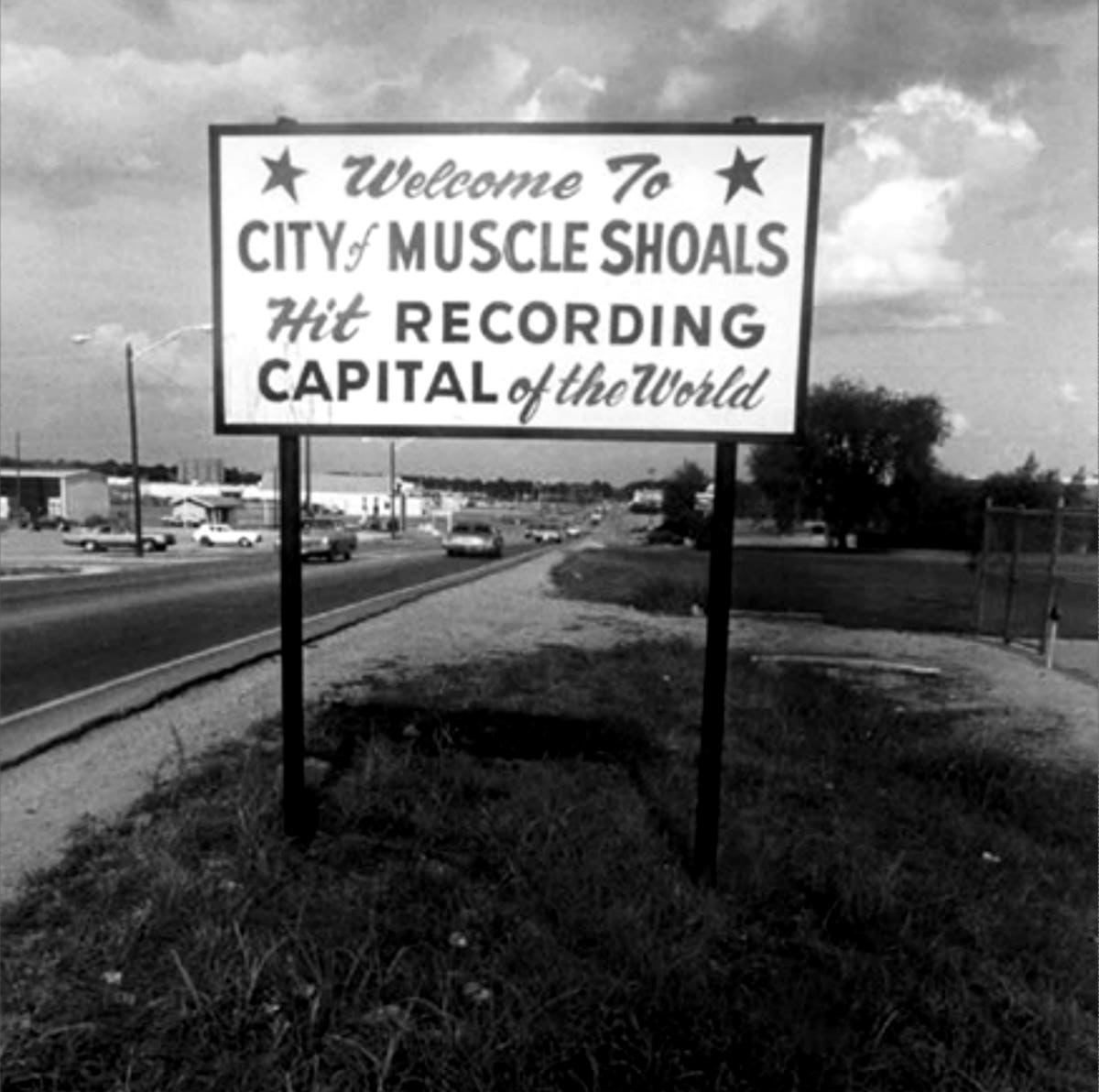 An unprepossessing two-story building with a gambrel roof along the side of a road in Muscle Shoals, Alabama houses FAME Recording Studios (short for Florence Alabama Music Enterprises.) Erected in 1961 from the proceeds of the company’s first hit, You Better Move On, the ordinary building has had an extraordinary effect on the music world. The Muscle Shoals Sound, as it is called, became one of rock and roll’s enduring voices.

An early triumph came in the mid-1960s, when Jerry Wexler brought his newly signed artist, Aretha Franklin, to FAME. Franklin had been signed to Columbia for four years with no success. Her first cut at FAME was the million-selling double-sided smash, I Never Loved A Man and Do Right Woman. The album won a Grammy for Album of the Year and catapulted Franklin from a struggling unknown artist to the Queen of Soul.

With the release of Respect, the Franklin bio-pic starring Jennifer Hudson, FAME is getting attention from a new audience. Hudson herself toured the recording studio, a worshipful visit prayerfully followed by news cameras. As she sat at the piano used in Aretha’s recording, Hudson appeared to be overcome with emotion.

Her reaction is not unusual: so many greats of rock have recorded here, from Otis Redding to Etta James to Lynyrd Skynrd to the Allman Brothers, the Rolling Stones, the Dixie Chicks, Bob Dylan, Alicia Keyes and more, that it’s easy to believe that the walls are exuding atmosphere, memories and ancient echoes of genius. Any devoted rock fan who walks into Studio A probably gets a strong case of the goose bumps.

The studio was founded by Rick Hall, who owned and operated it until his death in 2018. It is still actively operating and was added to the Alabama Register of Landmarks and Heritage on December 15, 1997 and was listed on the National Register of Historic Places in 2016.

According to Hall, a prime reason for FAME’s success at a time of stiff competition from recording studios in other cities was that he overlooked the issue of race, a perspective he called ‘colorblind’.

“It was a dangerous time, but the studio was a safe haven where blacks and whites could work together in musical harmony,” Hall wrote in his autobiography. Decades later, a publication in Malaysia referred to Hall as a ‘white fiddler who became an unlikely force in soul music.’

With the waning of Covid, FAME has recommenced studio visits, and the goose bump experience is available to visitors who sign up for tours.

Hall hung a sign above the entry to Studio A that reads, ‘Through these doors walk the finest Musicians, Songwriters, Artists, and Producers in the World.’ The sign is still there, and it surely inspires musicians today as much as it must have inspired Aretha Franklin over 50 years ago.