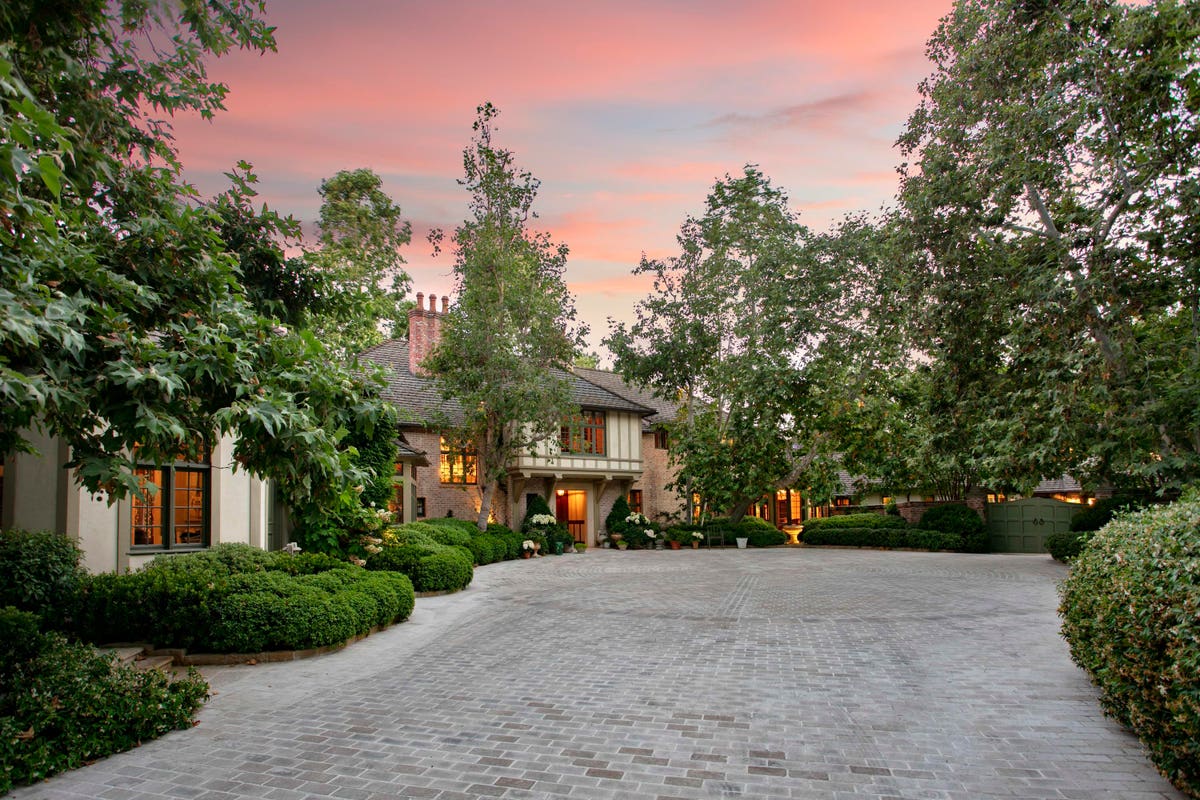 When it comes to high-end real estate in Los Angeles, there’s no shortage of flashy homes with jaw-dropping amenities. But when it comes to finding secluded properties with ample room and pedigree, the pickings are much, much slimmer. That makes the $49.95-million Tower Grove Estate in Beverly Hills something of a rarity in today’s market—a rarity that is highly coveted by today’s luxury home-buyer.

“The extraordinary aspects of Tower Grove are its secluded privacy, spectacular views and pristine grounds,” according to Linda May of Hilton & Hyland.

May would know. With more than $4 billion in sales volume to her name, the top Westside real estate agent has had a hand in some of Los Angeles largest and most noteworthy sales over the last three decades. But her latest—the sprawling and park-like Tower Grove Estate—may prove to be her most significant yet.

Recent sales in the high-end market underscore May’s point. Billionaire Amazon founder Jeff Bezos has paid nearly $200 million to assemble his Beverly Hills compound, the centerpiece of which is the famed Warner Estate. Other trophy compounds, such as the Spelling Manor and the so-called Beverly Hillbillies Estate, have set price records following their $100-plus-million sales.

At three acres of grounds, Tower Grove Estate has room in spades. Grounds designed by noted landscape architect Christine London are park-like and unfold in a series of outdoor spaces, all interconnected by meandering limestone paths.

Reached by a tree-lined drive, the property is full of courtyards, gardens and expanses of lawn. A heated dining gazebo and a stone-and-glass conservatory were designed to appreciate the leafy layers. The world-class swimming pool is accompanied by a pool house and a separate pavilion. The most jaw-dropping feature, however, goes to the tennis court pavilion, which offers more than 6,000 square feet of flex space to go along with a theater, bar, billiards room, offices and a golf simulator.

Once owned by French film composer Maurice Jarre, who won Oscars for his work on Lawrence of Arabia and Doctor Zhivago, the main house was expanded and enhanced by architect Oscar Shamamian. Interiors by former White House designer Michael S. Smith lends another layer of sophistication to the home, which expands to more than 16,000 square feet of space when including the outbuildings.

The formal interiors, which combine understated elegance with family-oriented living, were featured in Smith’s 2015 book, “The Curated House.” Highlights include a beautiful salon/office with green-glazed millwork, a light-filled living room, a two-story library and an octagonal breakfast room. There are five bedrooms and 7.5 bathrooms in the main house, including a primary suite with dual closets.

Tower Grove Drive, where the property is located, is coveted for its privacy and access to the Platinum Triangle—Bel-Air, Beverly Hills and Holmby Hills. The house is also a short jaunt from Brentwood and Pacific Palisades, and roughly 15 miles from Los Angeles International Airport.

Buying a home in Oregon
Should you consider NEW CONSTRUCTION? Pros and Cons of Buying New Construction
Lower Manhattan turned into a 24/7 community after 9/11. Midtown NYC could heed this lesson post-pandemic.
Why Did the Median Home Price Fall? – Las Vegas September Real Estate Market 2021
Inside a $4 Million Classic NYC Loft | Ryan Serhant Tour